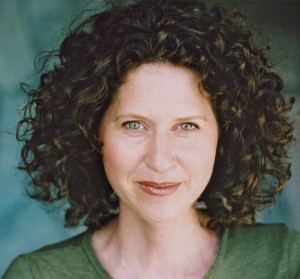 Jonna Tamases grew up in Northern California, where she honed her comedic skills with several improv and sketch groups before a two-year stint as a clown with the Ringling Bros. Circus. Since moving to LA she has been in various television shows and movies. After starring in ACME Comedy Theater’s Main Company for many years she now writes and produces films through her company, Mad Lively. Her story, Jonna’s Body, please hold, began as a one-woman stage play in which she starred. She began writing this clever and innovative show with the idea to create a fun, totally new performance that challenges despair. The play was nominated for two Los Angeles Ovation Awards: Best World Premiere Play and Best Lead Actress.

What I really hated about having cancer was watching my identity narrow down to just being sick, having to go through treatment, and sitting around hoping to get well. “Cancer is not me,” I wanted to yell. “Cancer is just something that happened to me!”

There’s so much more to life than the sadness, seriousness, and frustration that we associate with C-c-c-c-cancer. I wanted to make a show that expresses the fullness of life: the laughter, joy, silliness and power as well as the struggle.

In translating the story to film I wanted to fully explore the visual possibilities of all the characters. Wonderfully, Adam not only understood my vision, but brought tons of complimentary ideas of his own. He took the one-woman play and made it new, unique and visually arresting, while still expressing the tone and emotions I wanted to share.

I want people to come away from Jonna’s Body, Please Hold full of hearty love and the dizzy delight of being alive. 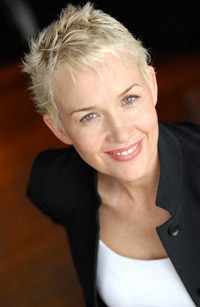 Imelda Corcoran moved from Ireland to Australia in 1987 where she studied acting at the prestigious Western Australian Academy of Performing Arts and won many awards and nominations for a wide range of characters in more than 40 theater productions.

She has played recurring and guest star roles on many of Australia’s most popular television series including the award-winning political satire Backberner. She also starred alongside Heath Ledger in Two Hands; Christopher Lloyd in the TV movie When Good Ghouls Go Bad (20th Century Fox); David Wenham (300, Lord of the Rings) in Better than Sex; and with Stephen Dillane (The Hours) in the much-lauded BBC mini-series Kings in Grass Castles.

With her recent move to Los Angeles, Imelda has wowed audiences and reviewers alike at The Geffen Playhouse (You Can’t Take It With You), The Odyssey (The Shelter), Theatre 40 (Atonement), and playing Cleopatra at The Thousand Oaks Art Centre (Antony and Cleopatra). 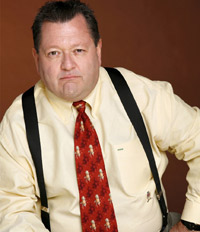 Michael EdwinCurrently Michael can be seen on festival screens in the indie film Pope Dreams starring Julie Hagerty and Stephen Tobolowsky; on the ‘net in the horror indie TV Face (www.TVFace.tv), and as ‘Hairy Jim’ in Tom 51.

On television, he recently filmed an episode of ER for next season and a Hallmark MOW, Point of Entry, guest starred this season on Dirt and Ted Danson’s Help Me Help You, and in past seasons has appeared on House, CSI, The Shield, Monk, and Scrubs.

Michael’s stage appearances include Fountain Theatre’s critically acclaimed production of Joe Turner’s Come and Gone (NAACP Award-Best Ensemble), Jake Latta in an Ovation and Garland-winning Fountain production of Night of the Iguana, and Father Virgil in the Ovation-nominated Fremont Center Theatre production of Nuncrackers. In New York he appeared off-Broadway in The Chosen and The Robber Bridegroom.

He and his wife own a home furnishings and gift boutique, The Quilted Monkey, on Montana Avenue in Santa Monica.

James ShanklinAlong with Jonna’s Body, please hold James has recently been in Mission Impossible 3, Evan Almighty, First, a short directed by D B Woodside from the Fox show 24, and Disappearing, a short that won the AFI Grand Jury Prize.

Last season on Desperate Housewives James played the recurring role of Detective Fallon and guest starred on several network television shows, some of which include Commander in Chief with Geena Davis, Just Legal with Don Johnson, Judging Amy with Tyne Daly, Numbers, The Sopranos, Law & Order, and The Practice.